It was a time when COVID19 was still a mildly bothersome outbreak restricted to China. We were on a field visit in North Karnataka for the Rural Training Centres (RTC) Project, with additional plans of shooting videos for documentation and promotion.

It was the first time we were going to a trainee’s home to interview them. It had been a long day. We had shot a lot of footage. Though it was just afternoon, we were already exhausted, and the journey to the village was confusing and tiring. You could tell by how little each of us was speaking on the journey up to the village — to which no one seemed to know the route to.

In customary smalltalk, someone asked the name of the village we were headed to.

“Boodihaal”, a few voices chipped in, lighting up the curious corner of my brain.

“Wait,” I hesitated, wondering if my poor Kannada knowledge gave me the right to say what came next: “So, does it literally mean ash-destruction?”

Reactions were a mix of surprise and confusion, and I was told that it was — one way to look at it — but that the village’s name had no meaning, really. I nodded vigorously, but my mind explored stories of an unforgiving fire a century ago that devoured everything, leaving a few survivors to tell the tale and give the village its name.

The flow of my imagination was broken by the third wrong turn we took.

In rural India, directions, distances, and boundaries become relative. It looked like the woman at the bus stop had never heard of the village. The men sitting around at a bench a little further were assertive that it was right ahead. But down that path, the women busy working the fields quickly dismissed us as lost and asked us to turn around. It was the elderly man riding a bullock cart at the intersection who laid out clear instructions which got us to the village.

We got off at the first house down a dry, muddy path. It was the humblest house I had been to — one solid cuboid, a metal shed replacing the top side. The cool insides of the earthy structure, starkly different from the scorching sun outside, was welcoming and we were quick to nestle on the floor. The two sparrows which seemed to live inside took offense at all the disturbance and flitted about for a few minutes before settling down, just like us.

We were there to interview Yasmin, a 19-year old, the third daughter of a single mother. Her father left them, and her mother works as an agricultural laborer to fend for the family. The oldest sister is married and the second one attends religious school. Today, two of Yasmin’s friends, who also attend the RTC project’s employment training program with her, had come in to talk to us. 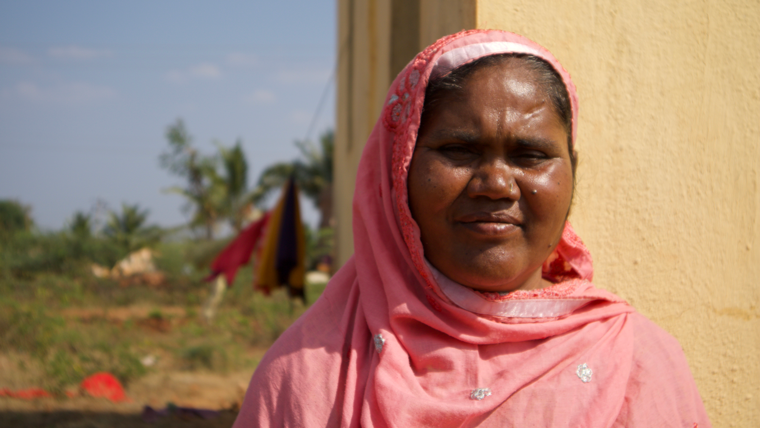 Yasmin and her mother Mumtaz sat before the camera, the daughter shy and the mother somewhat stiff. After a few minutes of easing them into the conversation, we learnt that they had lived in a different village by the river. But the megafloods the previous year had guzzled large tracts of land, including their house, and they had relocated to this rented place.

It was at the training classes that Yasmin first tried her hand at sewing. Eyes sparkling, she told us that she loved it and was eager to learn more. “When we heard of this opportunity,” she said, “we were hopeful, and signed up for it.” She cannot wait to earn a salary and make a life of her own.

However, for many rural women like Yasmin, going to work is not an option — either because of lack of opportunities or skills; or because of the unfair burden of house work and caregiving that fall on them; or prevalent cultural norms that restrict women’s mobility and autonomy. In fact, India’s female labour force participation rate has been steadily declining. According to the International Labour Organisation’s (ILO) 2019 data, only 20.5% of Indian women over 15 years old were employed or available for work.

The RTC project, by providing training followed by employment to rural women, aims to fill the skills gap and eliminate the need for job-search, and studies if more rural women then join the workforce. But since non-seasonal formalized jobs exist largely in cities, the employment decisions of these women are also migration decisions, making it more challenging. The decision of whether or not the women in the household will migrate for work is often made by male or elderly family members, as we learnt in our baseline surveys.

But Yasmin’s mother Mumtaz was in full support of her daughter going to work in the city. Her resolve for getting Yasmin enrolled in the program was clear. “I don’t want my daughter to work on someone else’s field under the sun,” she said, “and have someone else decide how many hours she works that day and how much pay she’s going to get.”

She wanted her daughter to live a better life than hers, and live it on her own terms. She saw the factory job and the city as her daughter’s escape from a tough and unfair life in the village. And as a gateway to a respectful, self-reliant future. 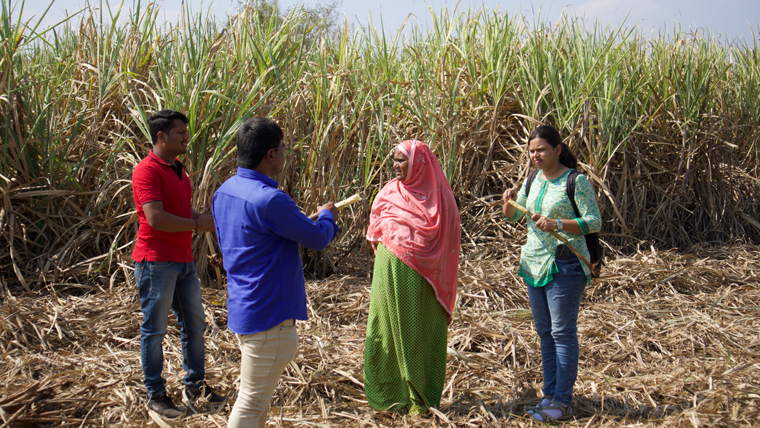 We wrapped up after asking a few more questions, and were then taken around the house to the nearby grape cultivation and a sugarcane field. Mumtaz, her daughter and her two friends now confidently guided us. They lent us a hand on the uneven paths, and enlightened us with agricultural know-how.

Yasmin (who speaks Hindi and Urdu in addition to Kannada) shifted to speaking in Hindi, a language in which I can think better than speak. While helping me articulate the simplest of ideas in between friendly laughter, the hesitant interviewees transformed into genial hosts. We then witnessed the maternal Mumtaz summon the powerful wonder-woman inside her as she uprooted two fully-grown sugarcane trees with her bare hands, for us to eat.

There's a certain technique to eating sugarcane. And I learnt that day that I'm not very good at it. As I fumbled with the slightly under-ripe shoots, risking breaking a few incisors, Yasmin and her friends laughed at me, and opened up about their life in the village.

They were all friends of the river and grew up playing in and around it — especially Yasmin, whose house was very close to it. If not for this opportunity, she would have been sent to religious school too, Yasmin informed us, visibly relieved. As she played with the branches of the nearby plant, she counted her blessings for being able to attend this training, and being allowed to start working in the big city. “Here, they don’t usually let girls do this,” she disclosed.

The girls had never been to Bangalore, or any such large city. “We’re scared,” Yasmin admitted, “of the tall buildings, the traffic and how everything else will be. But we’re all going to go together, so it is exciting.” They were full of hope.

With best wishes, and promises of meeting when they come to Bangalore, we bid them farewell.

But a few weeks later, the global pandemic put everything on hold, including the RTC training sessions in six towns which were drawing hopeful women from numerous neighbouring villages. While large cities and factories may seem unsafe in the post-COVID world, they also offer employment opportunities that may not exist for many in their villages and hometowns.

In fact, many women such as Yasmin who were getting ready to enter the urban formalized workforce, continue to be eager and hopeful. The frequent phone calls that our teams receive enquiring when the training will restart are proof of this. This has strengthened GBL’s resolve to work with businesses in creating opportunities and situations that prioritize worker wellbeing; to ensure that when the vigor of the virus fades, women such as Yasmin are safely welcomed into work.

This article is written by Nirupama V, Research Associate at Good Business Lab. 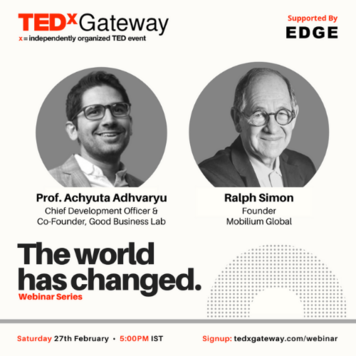